Michael Jordan’s CATCH 23 is an 80’5″ Viking 80. The yacht was built in New Jersey by Viking Yachts. A new Viking 80 costs around $8 Million USD, and the price can vary greatly depending on what customization, electronics and rigging one chooses. A typical Viking 80 has 5 cabins and can sleep 10 guests. The top speed is around 46 MPH and cruises is at 35mph.

Michael Jordan has custom graphics on his Viking sportfish yacht, it is an elephant print design from his Air Jordan III shoes. He also has these graphics on his private jet.

CATCH 23 was filmed during the White Marlin Open in Ocean City, Maryland. Michael and his crew fished the tournament but did not catch any keepers. Michael Jordan personally caught and released 1 white marlin. 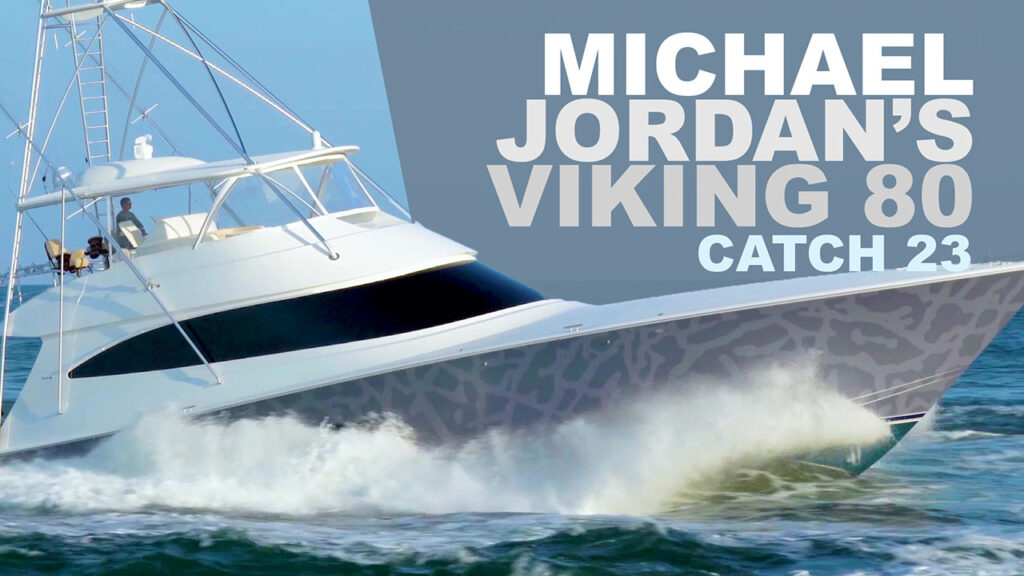 Boats in Standing Waves at OCMD